At the opening of the new contemporary art galleries at the Kunsthalle in Hamburg, a jump in time occurred: Jankowski staged a tour by the museum director through a reconstructed version of the opening exhibition on the occasion of the centenary, in 2097. The director and all the artists the director meets on his tour seem decades younger, which is attributed to a mysterious virus. (In fact, all the roles in the movie are played by children.) The text they speak derives from interviews that Jankowski conducted a week before filming with the museum director, Uwe M. Schneede, and some of the artists.
In the video, Schneede, dressed in a suit and appearing to be about eight years old, meets a similarly young Franz (Erhard Walther), Rosemarie (Trockel), and Bogomir (Ecker). They speak about their »early« works and the status they have nowadays, about the selection back then and the significance 100 years later. The accidental comedy of the statements and gestures the children have been instructed to perform deflates the rituals of art’s representation and interpretation as well as questioning the idea of the contemporary in the museum’s title. Five wooden modules displaying the video echo the minimalist architecture of the museum. 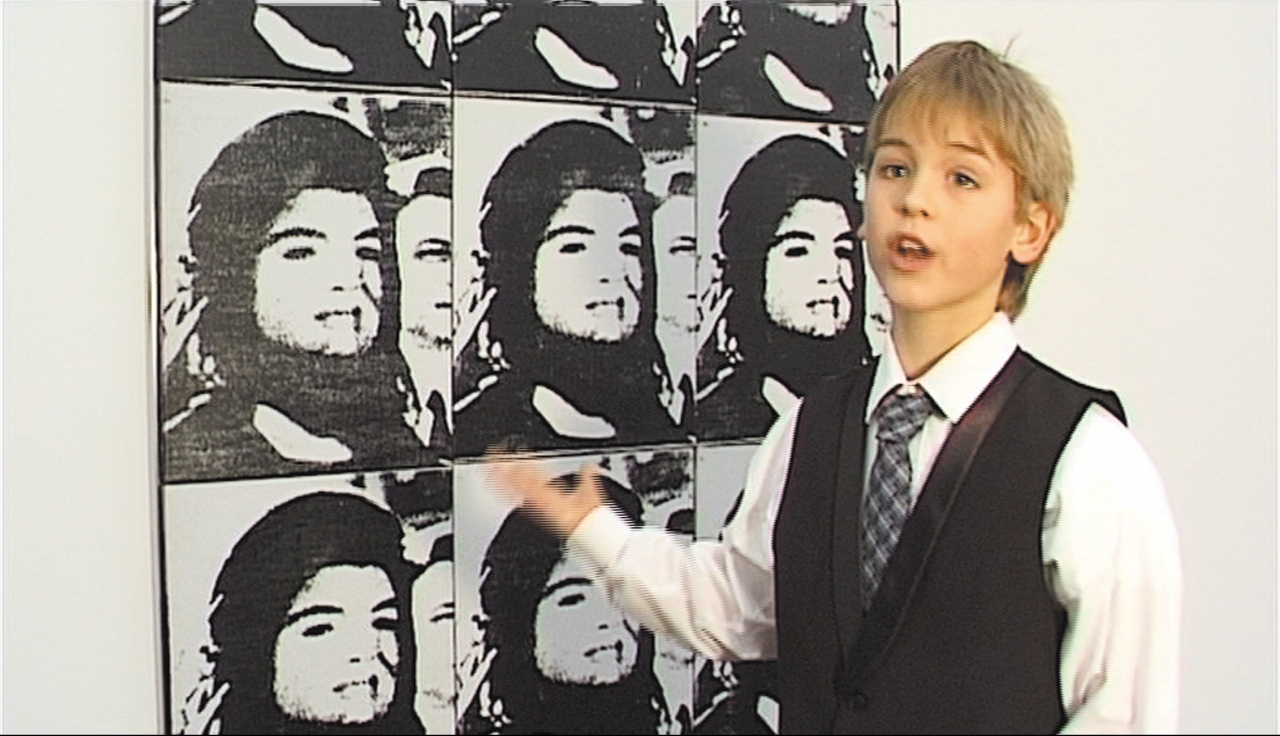