On Get a Taste, a talk show broadcast live on Hellenic Television One, Jankowski appeared alongside Greek talk show host Bilio
Toukala and her guests: Nikos Vernikos, a businessman and contemporary art collector; Milena Apostolaki, a politician; Christos M. Joachimides, an art historian and curator; and Augoustinos Zenakos, an art critic. In Greek, the guests discuss Jankowski’s silence – given that he doesn’t speak the language – which subverts the fundamental rules of a talk show as well as those of a
Socratic dialogue. And as the host explains, it turns the talk show into an artwork. Jankowski, meanwhile, stands up and starts to walk around the TV set, drawing attention to himself and creating a connection with the other guests through his gestures and physical proximity. 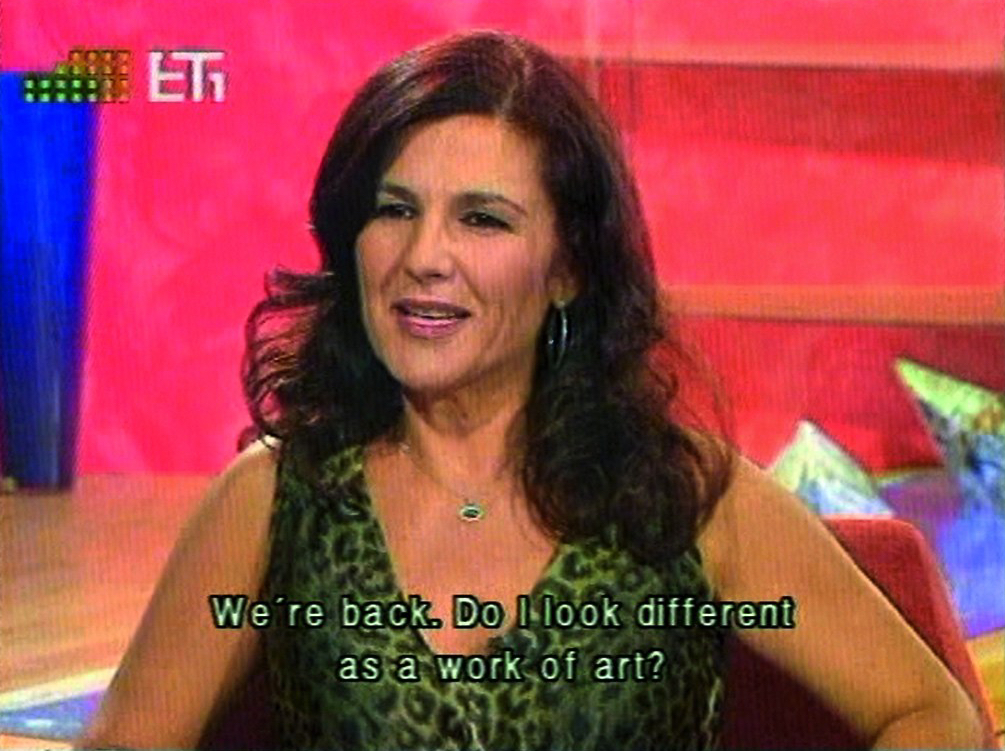 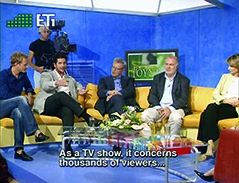