While in Seoul, Jankowski got in touch with Korea’s largest producer of karaoke videos, Taijin Media, and offered to act in their productions. He was subsequently featured in four videos, written especially for him by Taijin Media scriptwriters, illustrating clichés of the »Western lover.« The artist walks along the beach holding hands with a succession of Korean girlfriends, waits for one lover with a wedding ring in hand, or struggles to retain his composure as a rejected Romeo in a clash of cultures. The clips were incorporated into the Taijin Media sales list as well as programmed into the machines made by the company, which can be found in karaoke bars worldwide.
Karaoke is also a form of cultural transport since players combine pop hits from around the world. Thus Jankowski’s engagement with the aesthetics of kitsch, cultural clichés, and some real cultural traditions was smuggled into the global entertainment industry. It was also a way for Jankowski to reach a new audience. It’s not just that his videos are now shown around in the world in karaoke bars, but also that karaoke was invited into the museum: in installation, the work includes a karaoke box so that museum visitors can sing along. 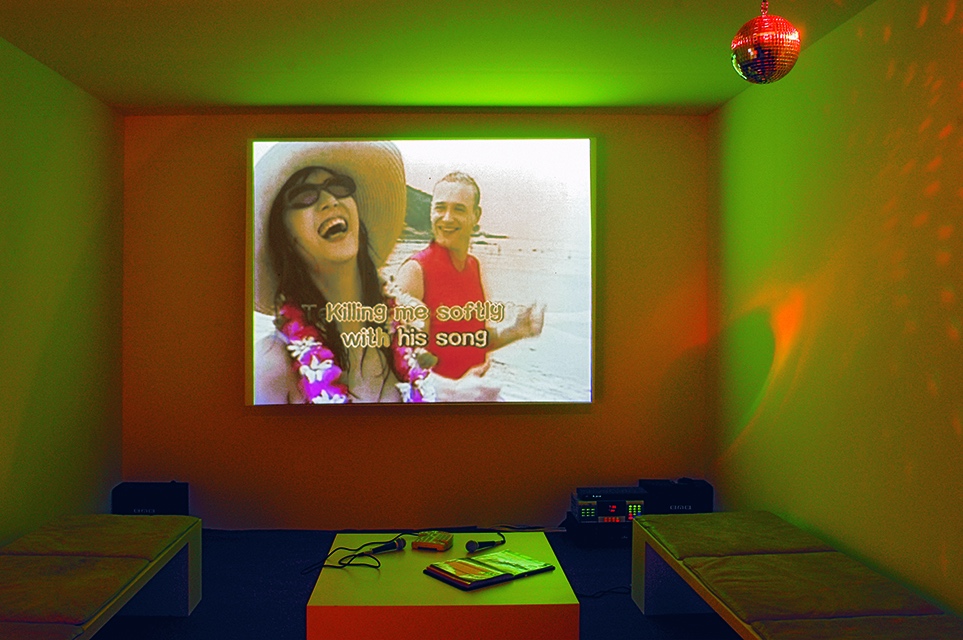