The action portrayed in the video installation Kochstudio originally took place in the Neuer Berliner Kunstverein and combined the worlds of art and cooking through artist talks and food television. Jankowski’s entire kitchen was installed in the art space. While Jankowski acted as both chef and host, Alfred Biolek served as his co-host and joined in cooking one of his own recipes. Biolek is famous for hosting a German version of just such a TV show. From time to time, Jankowski shows clips of his work on a DVD player located in the oven. Meanwhile, Biolek talks about his long-term experience in media and compares it with the use of mass media in Jankowski’s work. The show becomes a performance, and the art institution a kitchen, as the guests at the artist’s talk are ladled a stew of the high and lowbrow. »Who are we cooking for?« asks Biolek. »For the television viewers, the public on site, and the [Neuer Berliner Kunstverein’s] video collection.« Later, the recording was transferred to multiple video channels. Three of the four monitors included in the resulting installation show the unedited material shot from three different angles by the TV crew the raw ingredients. The fourth shows the time code, suggesting the editing process by which the footage would be cut into a finished version. 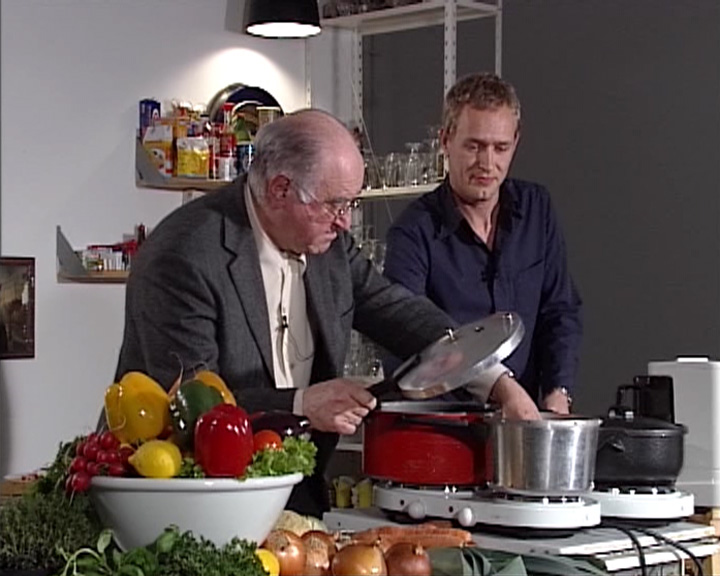 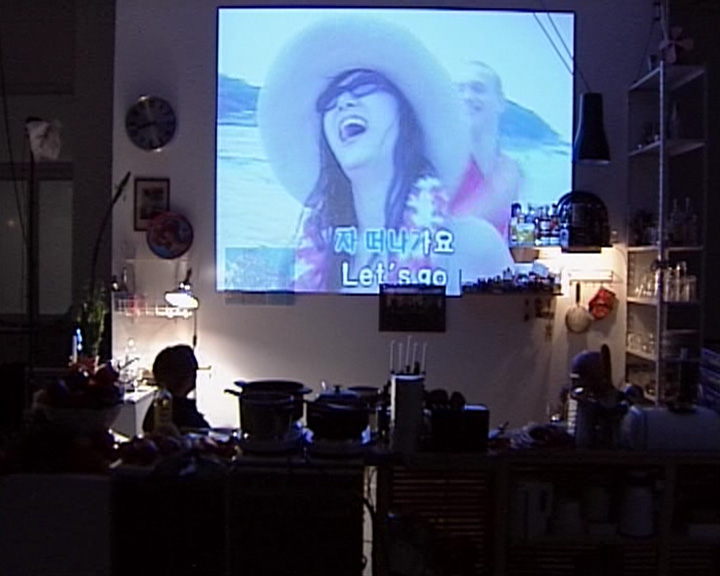 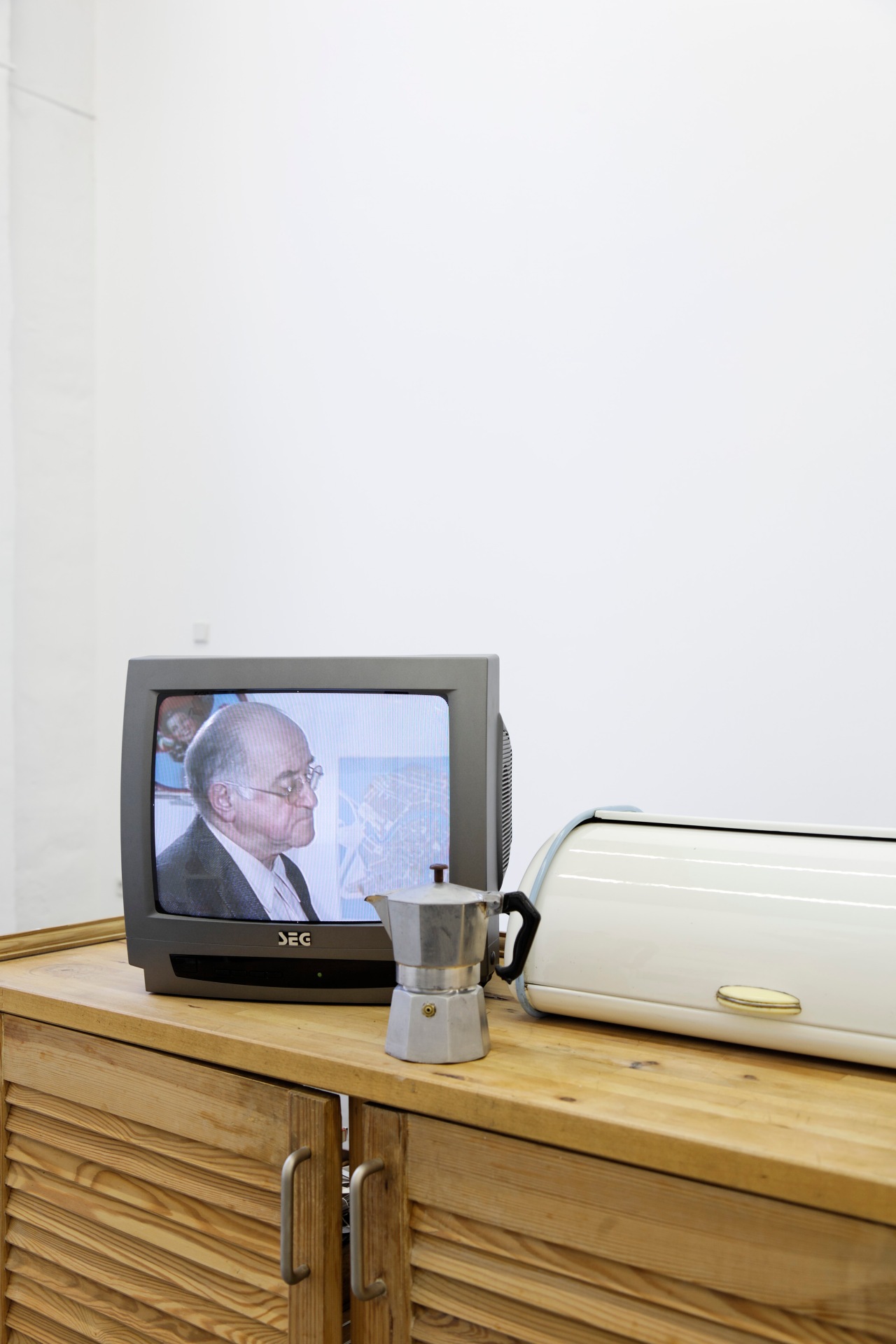