The video Rooftop Routine is based on a performance that Jankowski organized for the 2007 iteration of Performa, the biennial for new visual art performance in New York. Jankowski found inspiration in his Chinese neighbor, Suat Ling Chua, who he had secretly observed from his living room hula-hooping on the opposite rooftop.
In the video, accompanied by a catchy Chinese pop song that Suat Ling would listen to on her Walkman during the routine, she explains the different hula-hoop poses and movements. At the same time, more than two dozen dancers on surrounding Chinatown rooftops follow her instructions. The poetic imagery of the performers moving to the rhythm of the music against the urban backdrop could originate from an aerobics video but also draw on the art happenings of 1970s New York. The work reflects on the legacy of such performative, artistic acts in a later age of mediation and entertainment. When the work is installed, hula hoops lie on the gallery floor in front of the video projection as an invitation to viewers to join in. 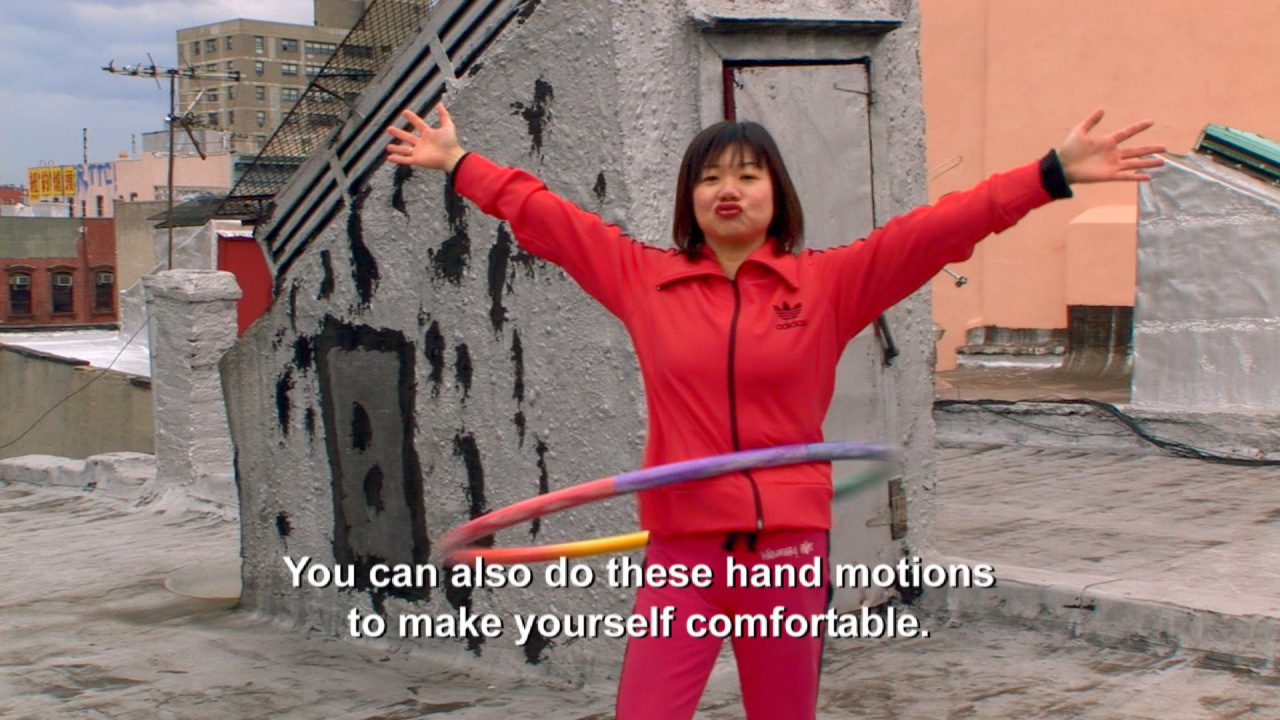