Jankowski produced a photo-editorial for First Person Magazine, an American art magazine. He chose to fill it with the enduring magazine subject: fashion. In high-gloss photos, he assumed poses he had already taken in different stages of his public life leading up to that point. In preparation, he looked up pictures of himself on the Internet, in radically different situations, some of which he could barely remember. Some showed him at exhibition openings, others preparing to shoot a film. He reenacted the snapshots to turn the moment into a fashion pose: Christian Jankowski posing as Christian Jankowski – and dressed entirely in Jean-Paul Gaultier. The artist became a model of his own life, fusing art and fashion as a hybrid lifestyle consumable. 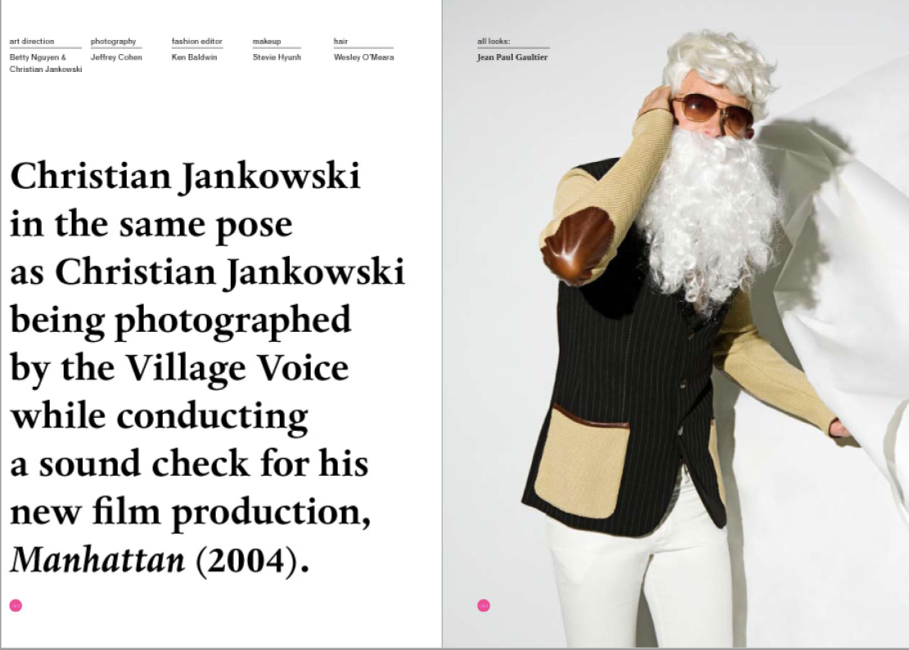 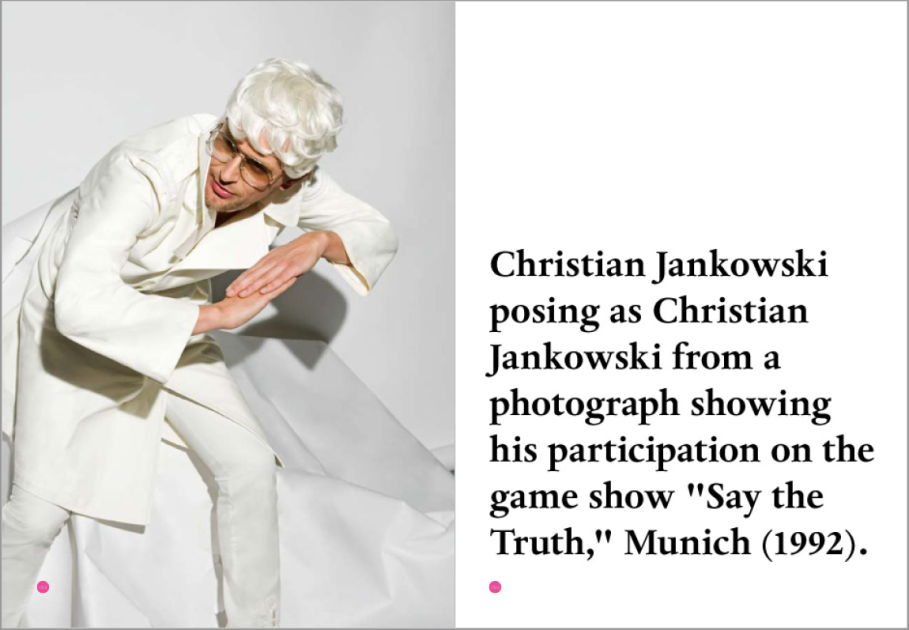