In preparation for Casting Jesus, Jankowski asked a casting agency in Rome to provide actors to audition for the role of Jesus. The 13 who showed up competed according to casting show procedure – similar to what’s seen on American Idol. They were judged by a distinguished panel of real Vatican members: Rev. Msgr. Jos. Manuel Del Río Carrasco; Sandro Barbagallo, art critic at the Vatican newspaper L’Osservatore Romano; and Massimo Giraldi, journalist and secretary of the Commission for Film Classification of the Italian Bishop Conference. The contestants competed in various tasks, including breaking bread, performing a miracle, and carrying the cross. In addition, they delivered dramatic interpretations of quotes, taken from the Bible, spoken by Jesus. In a separate space, an audience was able to watch the procedure projected on a large screen via live stream.
Filmed by Jankowski in the Complesso Santo Spirito in Sassia, Rome – a hospital for pilgrims in medieval times – the contestants were eventually narrowed down to a winner. Jankowski had photographs taken of all the Jesus contestants in action and paired these with quotes from the jury about their decision. The Monsignor also took a picture of the winner with his smartphone, which Jankowski then turned into a series of prayer cards (complete with a psalm of the Monsignor’s choosing). Whereas it used to be that the church supported art, here the initiative came from art – to support the church’s imagination of its iconography. 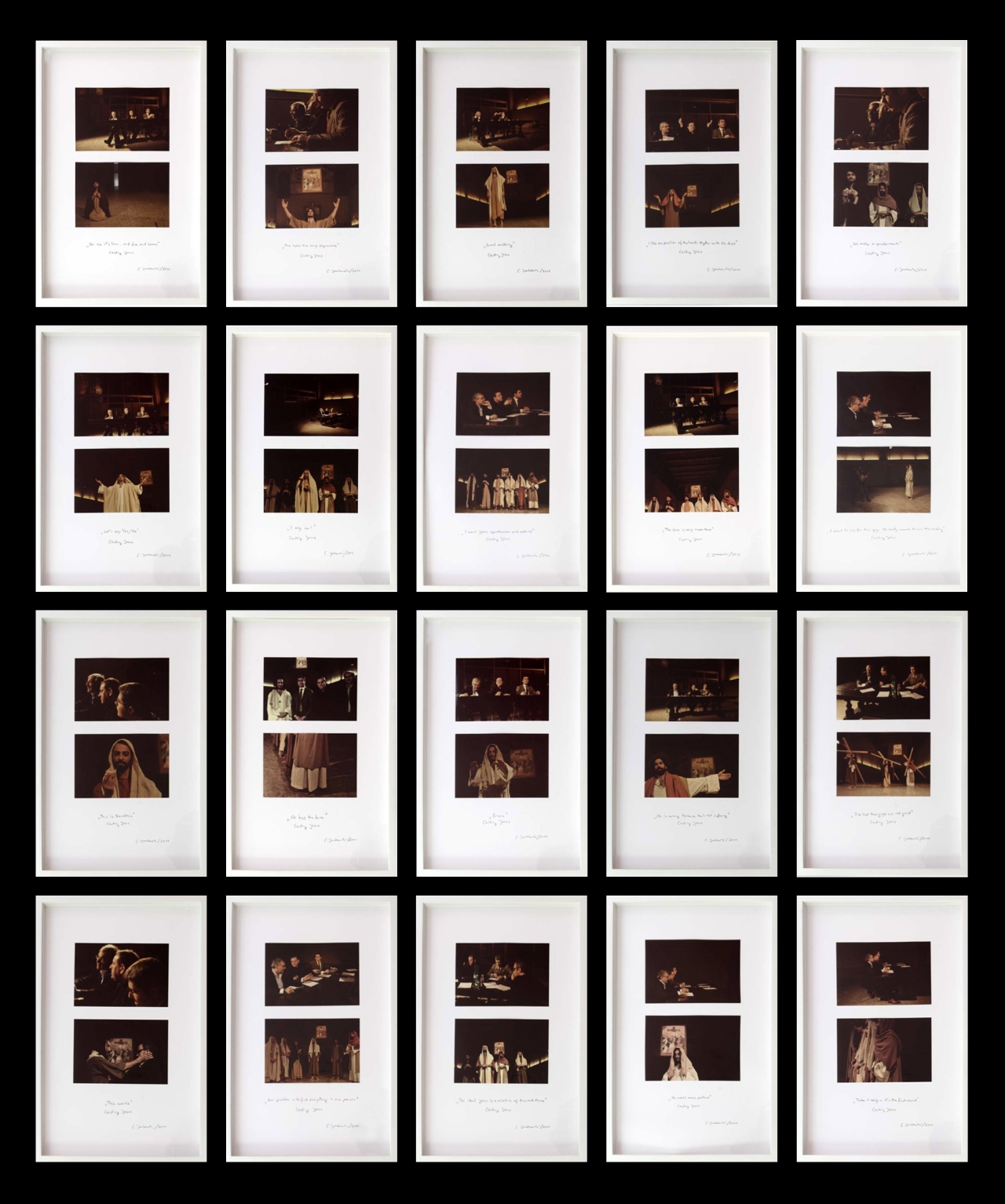