Noticias Discursivas (Discourse News), a video shot in a Mexican news studio, serves to contextualize Jankowski’s work – especially in relation to his earlier works – and to reflect on the artist’s exhibition Crying for the March of Humanity at SAPS. In doing so, the on-screen newscaster oscillates between the language of television news and contemporary art jargon. The text read by the Mexican newscaster was in fact written by the exhibition’s curator, Taiyana Pimentel. Towards the end of the video, it is revealed that the final work to be included in Jankowski’s exhibition was the video itself. 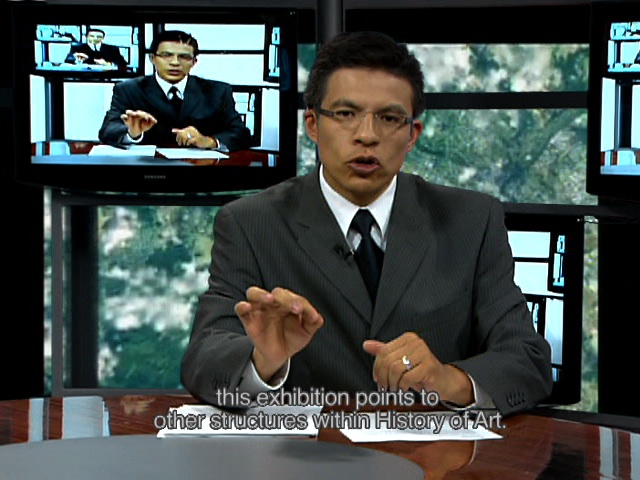