Christian Jankowski highlights the urban structure of the city of Prague and the natural forces predating the city itself, specifically the river Vltava, or Moldau in German, in a work called Playing the Spree to the Moldau and Vice Versa.
With a set-up for a DJ session on the banks of the Vltava, Jankowski played his field recordings from Berlin’s river Spree to the Vltava. He focused on the significance of the Vltava for Czech history and legends, taking into account the role of Bedřich Smetana’s symphony Má vlast and its best-known segment, named after the river. Upon his arrival back home in Berlin, Jankowski presented in turn, the sounds of the Vltava to the Spree. With this gesture, Jankowski connects the two poles of his voyage from Berlin to Prague and back again, serenading two bodies of water which flow into the river Elbe and exit the European mainland into the North Sea.
The performance work Playing the Spree to the Moldau and Vice Versa was initiated and performed for the second m3 festival / Art in Space, titled VICE VERSA: Our Earth is Their Moon, Our Moon is Their Earth (June 9-September 30, 2018 in Prague), curated by Jen Kratochvil and Laura Amann. The record was produced for Christian Jankowski’s solo exhibition Floating World (September 15-October 28, 2018 at Kyoto City University of Arts Art Gallery @KCUA), curated by Mizuho Fujita. 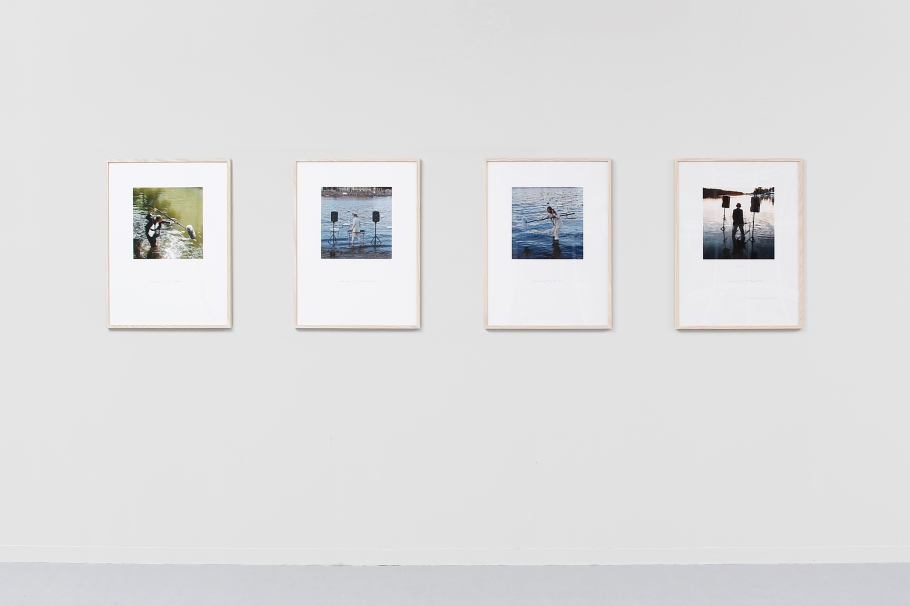